COINS sails into silver at the Para World Sailing Championship 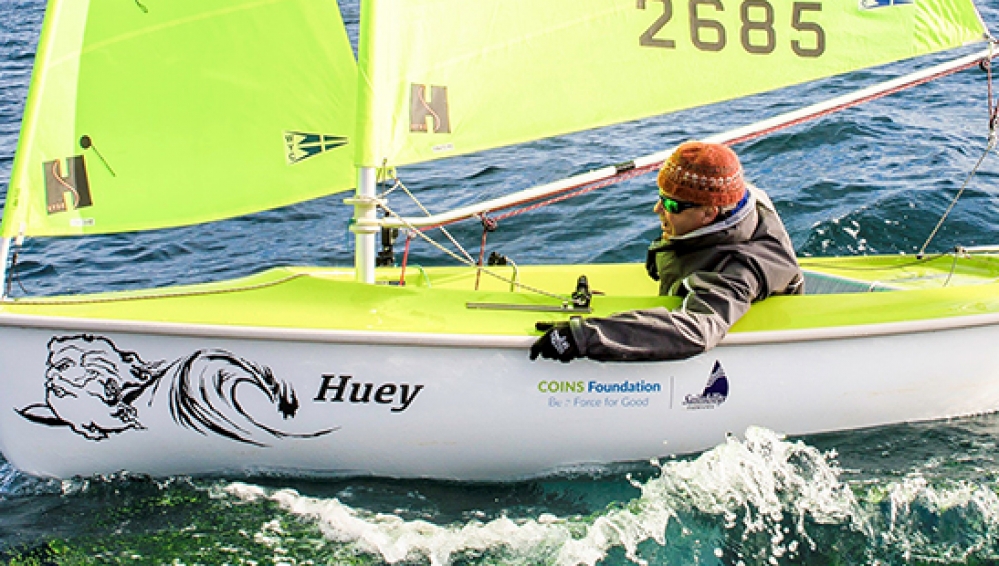 Australian sailor Chris Symonds has won the silver medal at the Para World Sailing Championships in Kiel, Germany, thanks to the support of Construction Industry Solutions Australia (COINS).

Chris, who suffers from Kennedy’s Disease, sailed into second in the One Person Keelboat (Hansa 303) division after winning his first two heats.

Neal Rodwell, Commodore of the Wynyard Yacht Club where Chris trains, said it was Chris’s mental strength that earned him a medal.

“This is a fantastic result for Chris, considering he has the greatest degree of disability in the field of thirty-two international competitors,” Mr Rodwell said.

“His win is inspiring as Kennedy’s Disease poses a number of physical restraints on Chris, however he is a master tactician and wins with his head. Unfortunately, the weather turned in the final and his physical strength held him back from winning gold.”

Sponsored by COINS Australia since 2014, Chris began sailing competitively in the Hansa 303 category as part of the software company’s social enterprise program.

“Alongside our sponsorship of Chris to attend the world championships, COINS also donated ‘Lilly-Jo’, the first Access 303 Keelboat specifically designed for people with a disability.

“Chris is now an advocate for the COINS program and using the ‘Lilly-Jo’ devotes much of his time to teaching kids with disabilities how to sail.

“It has been wonderful to see the growth and achievements of the sailors as part of COINS’ social enterprise initiative.”

COINS and the COINS Foundation have been supporting a similar program in the UK for more than 10 years, enabling many children and adults with disabilities to become experienced sailors.

Chris currently holds the World Title for Hansa 303 Sailing and will head to Hiroshima, Japan next year to defend his position.